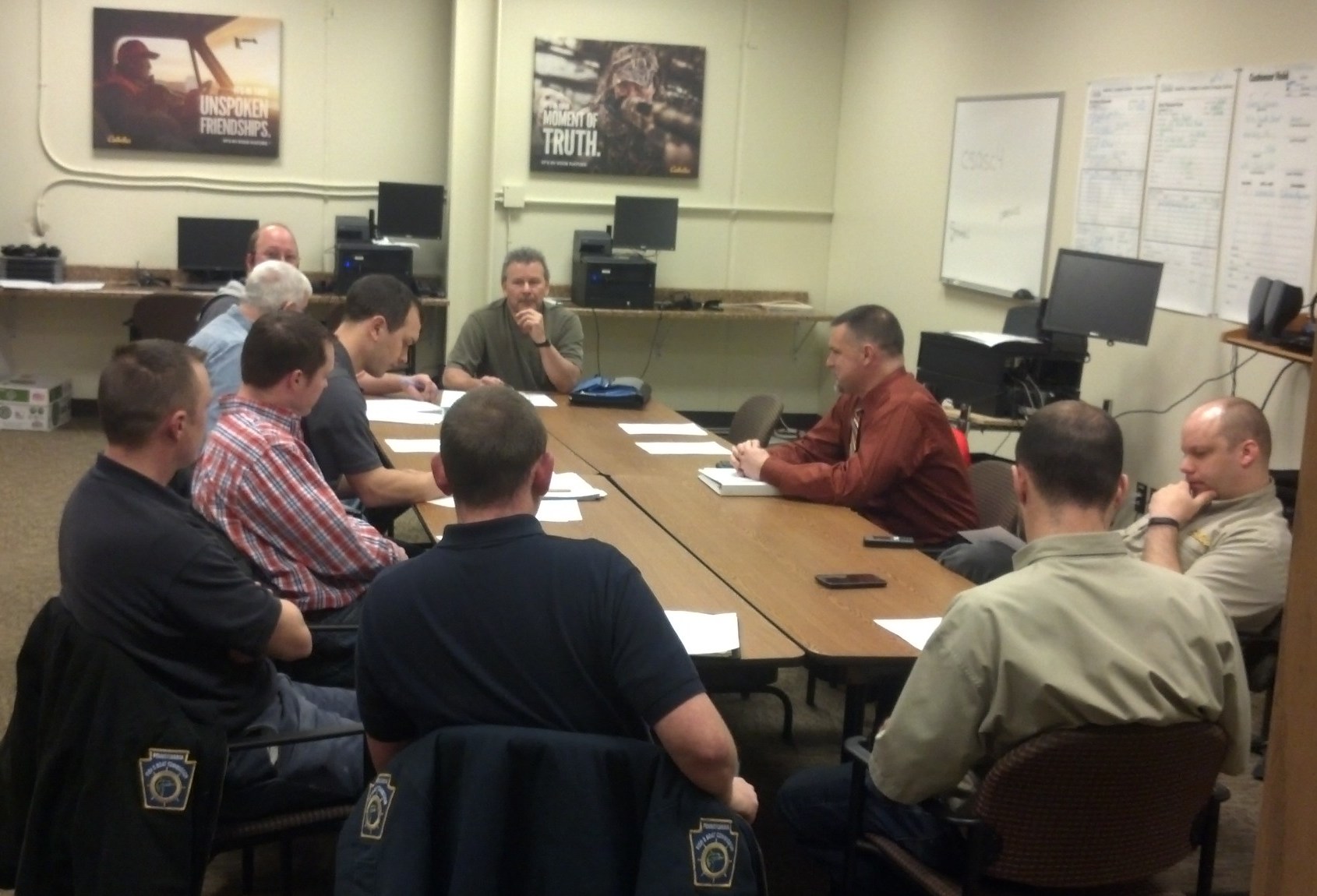 Muskies Inc Chapter 50, Cabela’s, and PA State officials met on Feb 18th, 2014 at Cabela’s in Hamburg, PA to discuss the renewing of the Co-operative Muskie rearing and stocking program, which has been in effect for the past few years….

In attendance at this meeting were three representatives from the Pennsylvania Fish and Boat Commission Co-Op including Earl Myers. Also, two PFBC members from the Pleasant Mount Hatchery including Zane Brower, two members of the Area 5 Fisheries Management, including Dave Arnold, four Cabela’s personnel and Mi50 representatives, Sylvia Spitzer, Tom Long and Kevin Lerch. This year, area hatcheries will be tasked to produce an astounding 137,000 Pure Muskellunge.  This number has increased from last year, while the Tiger Musky number will likely be decreasing. Cabela’s management agreed to another year of the program using Purebred Muskies rather than Tiger Muskies.

As for the current Tigers in their aquarium, we have been tasked to remove and stock roughly half of the largest Tigers within three weeks.  It is estimated that many of these fish are now over 20 inches. The tank temperature will be lowered a few degrees each day in order to and acclimate them to current outdoor water temperatures. Our chapter will continue to help with the feeding costs.

Mi50 truly has a unique partnership with PFBC, in fact, the only one of it’s kind in the state. We would like to thank Cabela’s and PA State officials for this opportunity to better the muskie fishery by allowing us to stock larger fish and educate the public by putting these fish on display in the Cabela’s aquarium.

A music video depicting this effort can be seen here..