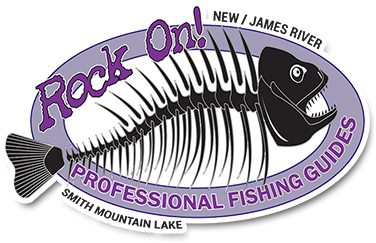 Does anyone have a Catala 300? I got mine about a year or so ago and I've been having problems with it ever since. It's been sent back and forth to the SC for repairs and it still doesn't work right. Eric was nice enough to take a look at it at the tournement last month but I'm still having some problems. When I cast, either the line screetches off the reel and makes the most annoying sound in the world, or the line doesn't come off the spool at all. It seems like half the time I push the button, it doesn't engage the spool, and the lure comes flying back at me. One of these days, I'm going to have three treble hooks in my face. Tom and Eric have witnessed this and it's not pretty. Does anyone have any suggestions? I'd hate to throw the thing out and have to buy a new reel. Could it be the line? I have it spooled with 50 lb. braided.

Matt
I just sent my 400te back out and I think it just can't handle the abuse it looks great on the wall but sucks in the field. I suggest we send a letter and if any one else has a problem we get them on board. I have been told time after time Abu Garcia 6500 or 7000 and I haven't had one problem with them. Tom

I've been loving my Penn International 955 and 965 reels. A bit pricey, but you get what you pay for.

I get that same screeching sound from my AbuGarcia 5600, but then again the damn thing is about 5 years old now. I've also got a 6600 C-3 from A/G that I've never been happy with because of its difficulty in the retrieve. It seems that the quality of most reel makers has been declining and that is a shame, considering how much one spends on them.
I've got a brand new D5 from A/G that I haven't used yet but if it doesn't pan out I'm going to go with Penns. I have always counted on them for my saltwater gear and if, as BigD says, they are worth the price then I'm more than happy to spend a little more for the reliability.

I've had problems with the newer 6500's that i have.I've got two calcutas and they have been fine so far.One is going on two years and the second is on its first year.Bob

I've found that screeching on the Abu's is usually due to one of a few things:

-most frequently the pawl on the levelwind needs to be oiled or is worn out. A guy who used to be an Abu rep told me that you should oil those things every few hours of fishing and replace them annually. If not, they ruin the worm gear on the levelwind when they go (you'll know they are shot when the levelwind changes direction in mid-retrieve or stacks line on one side of the reel). The pawl is a $3 part, the wormgear is about $10.

-Make sure all of the thumbscrews that hold the reel together are tight. Sometimes they will get loose and make some strange noises.

I'm partial to Abu's, primarily because they are tough and I already know how to take them apart and maintain them. Then again, I haven't tried many other brands because I like the Abu's well enough.

Thanks for the heads up on the possible solutions to the screeching problem. That is maddening.

Thanks guys. What bothers me most is that it has made this noise since day one. I haven't had a quiet day muskie fishing since I started. If I bring it to the meeting can someone show me the pawl and worm gear? I'll experiment this weekend and see if it makes the noise casting smaller lures. Maybe it just can't handle the big muskie baits.

Matt, a couple of years ago I had a similar problem with a Cabela's brand reel. I fiddled around, tried to live with it, and then ultimately ended up exchanging it for an Abu Garcia 6600. I know Shimano should have higher quality equipment than Cabela's house brand, but as you point out, maybe it just can't handle the strain of the big lures. I 'd get ready to put that dog down and get another if I were you.

Calendar Moon ends. This calendar shows 106 weeks into the future. If your calendar is not updated, please set your calendar software to update automatically or re-subscribe the calendar from www.webcal.fi.
Jul
6
Wed
10:14 pm 🌓 1st Quarter
🌓 1st Quarter
Jul 6 @ 10:14 pm – 10:14 pm